For many years CRES has been running an annual residential at Ripon College Cuddesdon (nr. Oxford) in September. This year it was on Friday and Saturday 2nd/3rd September. We had an excellent programme “Definitely Rural and Environmental” on the Friday, starting with an introduction to CRES and the afternoon field trip. After lunch this was followed by a trip to three sites of local interest, all within a short distance of each other. We began with a visit to Aylesbury Vale Natural Burial Meadow  where we were shown round by Sally Whitworth. Sally told us the story of how the natural burial ground came into being, and their plans for the future. We then moved on to St Peter’s, Owlswick  where Keith Gibbons explained their newly installed composting toilet- a much cheaper solution than being attached to the main water system. Finally we visited Orchard View Farm for tea and cake. Several of our party took the opportunity to buy some local produce. Lawson MacKellar then showed us around the farm, mostly looking at their pigs. By the end of the afternoon it was beginning to rain, and it was time to return to Cuddesdon for dinner. For more pictures of the field trip please visit our Facebook Page. At dinner we were joined by our external examiner, Dr. Sarah Dunlop. In the evening Dr Richard Gunton led a session on “Why conservation is a religious matter and how it can be Christian”. He explained some of the work of the Faith-in-Scholarship network he is coordinating which is looking at ecosystem services (FiSWES). To end the day Revd. Margot Hodson led a short evening service and reflection in the chapel with a Taize theme.

First thing on Saturday morning Rev. Philip Wagstaff led us in morning prayer on an Iona theme. After breakfast the Saturday morning was spent on four very good student presentations. We began with two first year talks, and then our final year students took over. Rob Hitchcock looked at environmental campaigning, and applied business and Biblical insights, while Martin Parsons considered soil and the best agricultural systems for its preservation. The examiners then retired to consider their verdict, after which Sarah Dunlop made the official announcement that Rob and Martin had both been awarded Certificates. In addition Martin was granted a distinction. Many congratulations to both!!

Our running total is now 29 Certificates (9 with Distinction) and 4 Diplomas. The first CRES graduates were in 2005, and we have had 12 cohorts so far. So we are averaging 2.8 graduates a year! But many of our graduates have gone on to do significant work in the church, the environment and rural matters. We are sure that both Rob and Martin will not want to stop here and that they will do lots in the future.

It was another fantastic weekend, and I hope that the above report has given you just a little flavour of it. Now it the traditional time when many people apply for the course, and if you are interested go to: CRES Admissions 2016

This two year Certificate course provides an opportunity to study rural and environmental issues from a Christian viewpoint. It will be of interest to all with a personal or professional concern for the environment and countryside, rural communities and church. There are no entry requirements.
PARTNERS 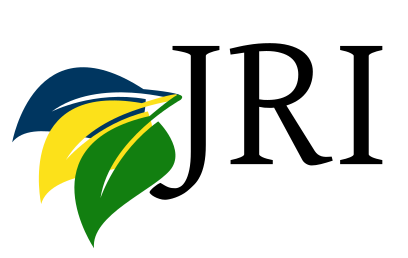 The CRES logo was created for us by Mrs Kathryn Parsons. The meaning of the design is
– the three leaves are for the Christian, Rural and Environmental aspects of the course, with God at the centre…
– the three leaves are also for the Trinity – Father, Son & Holy Spirit being creator, sustainer, redeemer of the world – the environment
– the cross is there as the vein in the central leaf… that’s for the growing & sustaining creation…. Christ the giver of life to all living things… like a plant leaf is sustained by the veins being there, carrying the nutrients round the plant
– the three leaves are joined…. because the three aspects of the course are joined, entwined, related…. the inter-connectivity of the spiritual & physical world & God in it all.
You can see more of Kathryn’s work at www.kathrynparsons.co.uk

CRES is run by The John Ray Initiative and A Rocha UK, and is administered by JRI. It is covered by the Privacy Policy for JRI. This policy is available from https://www.cres.org.uk/privacy-policy/